Celebrating the Year of the Rooster: 5 Good Reasons to Invest in China in 2017 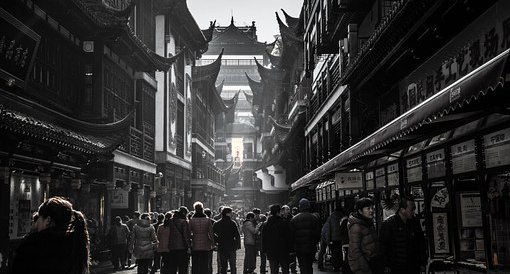 The classic saying—China is a huge market. Imagine if they each give you a penny—has been attracting entrepreneurs and SMEs from around the world for the past 40 years.

Yet, the current mood of investors is somehow mixed: the Chinese economy seems less dynamic, retail is suffering, currency is under pressure. These are common concerns, among others, we hear as professionals. Let’s face it, some of them are actually true—if you’re a bank, a North American social network, or a weapons manufacturer, then it’s probably not the best time to invest in China. But for the others, there are five good reasons to be optimistic for 2017 and onwards:

Direct Foreign investments from China increased by more than 50% in 2016 , reaching 137Bn€. At the same time, foreign investments into China increased by a mere 0.5% to reach 108Bn€. Easy math. Chinese companies now invest more financially outside the country than foreign companies invest in China. Combined with a slight decrease in China’s economic growth (even though a solid 6.5% is expected in 2017) we have a power mix to more openness. Indeed, as a result of the lopsided investing pattern, China’s 2017 economic guideline is expected to be more welcoming towards foreign investors, including a reduction of the restricted sectors and a more flexible approach to investing. China is ready to do more to attract foreign investors with interesting development plans. Commerce Minister of China, Gao Hucheng, confirmed recently China’s efforts to “promote the healthy and orderly development of investment and cooperation in 2017.” Chinese authorities are pushing to create a favorable business environment for foreign investors.

2.     China is a pragmatic fast-learner

Chinese authorities clearly point out the need to keep growing through innovation. Initiatives such as “Made in China 2025” specifically target innovation, and change is not only aimed at Chinese companies but also at foreign companies. China is already number one for tech patents registered. This development has transformed the whole business ecosystem within China. It’s now as fast to register a patent in China as a patent in Europe. This move to a more innovative business environment is changing the ways Chinese economic actors evolve and collaborate with foreign companies, creating an opportune time for foreign entrepreneurs to be a part of this unprecedented progress. The new change-driven program leaves a big spot for SMEs. One striking example: It’s now quite common to work on prototypes directly with factories who have dropped their huge load from the 00s MOQ.

This movement provides an ideal opportunity for entrepreneurs and SMEs to adapt their products to China’s advancing technology environment. It’s time to catch the wave before it expands to the world (and it will).

4.     The west keeps growing: Inner land as an opportunity

China is not a homogeneous market. It offers many opportunities for investors ready and willing to go the extra mile. Cities in China’s West, and especially the Sichuan, are catching up with their Eastern counterparts and the local governments are eager to attract more foreign companies to keep up the pace.

Also, the Belt and Road Initiative is a great opportunity for less developed regions, mostly in inland China, to catch up with the more advanced provinces on China’s East coast. Chinese authorities clearly insist on the inner ‘’Go West’’ opportunities for foreign companies, promoting the advancement of these ripe-for-business inner regions.

For the long-term viewer, there is a clear trend that the Chinese economy will transform in the coming years from a capital expenditure led economy to a consumer led one, as well as from an investment and export-led economy to a consumption and services-led economy. This transition opens significant opportunities for European SMEs and entrepreneurs involved in consumer goods and personal services.  The ever-growing Chinese middle class will expand market potential in this consumer led economy.  By 2022, it’s estimated in a McKinsey report that more than 75% of China’s urbans will earn between $9k and $34k annually and this continuously growing middle-class definitely creates amazing long term investment opportunities for the coming years.

The opportunities are strong for foreign investment in China in 2017, with the proper preparation and specific advice.

An extra positive point: Chinese astrology expects great success for business for the Year of the Rooster. That may be the best reason of all to make your move to China in 2017.

About the author: Bruno Marengo manages Harris Corporate Solutions’ Parisian Office. After various experiences in banking and private equity, Bruno spent three years in our Hong Kong office before moving to Paris to expand our European operations. He is experienced in handling cross border operations between Europe and Asia and in structuring our Asian and European clients’ international expansion. He also focuses on advising European companies on their first move to Asia. Bruno holds a master in corporate finance from Audencia Business School and a master in Economics from the University of Hong Kong.

Harris Corporate Solutions established in 1973. It caters more than 2,000 entrepreneurship companies, mid-size private companies and listed companies for their in-bound investment structuring, compliance and profit repatriation in Hong Kong and China through their offices in Hong Kong, Shanghai, Beijing, Guangzhou and Paris.